Back to writing, and the long Techspiring Filler

It's been a long hiatus from blogging and a lot of things have happened around, which needs to be written about. So to start, as I ease myself back into writing, here are some of the interesting events in the past couple of months:

1. E3, the uninspiring Gaming Extravaganza:
The coveted E3 came and went past without much excitement. As expected, the theme was motion sensor controllers and Microsoft stole the show with Project Natal. Hardcore gamers may not be thrilled with the idea of using their body as the controller, but personally it creates a far more immersive and interactive experience. I was particularly fascinated by the "Milo" demo in which a virtual character (Milo) can react to human emotions, real world actions and expressions. It was a bit gimmicky but definitely the way for the future. Imagine a virtual therapist who you can talk to, right from the comforts of your home, or the perfect friend with whom you can discuss Sir Arthur Clarke's last novel and the secret recipe of Russian half-baked cupcakes while battling the evil forces of the Dark Side. Possibilities are endless. Before I drift away in my own imagination, Sony and Nintendo also had their share of "new" stuff to display. Sony's new motion sensor controller looked good but nothing out-of-the-world. The demo was a bit half-baked apart from the really cool archery show.
The message was clear. Nintendo would have to buck up and get serious soon else the big two will catch up soon. 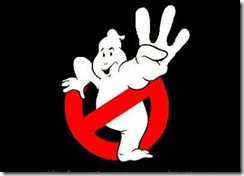 Some great games were also announced but there is nothing I had like to play more than the new Ghostbusters game. A-ma-zing!!!
There is also a  new show on my must-watch list now. It's Revision3s - Co-op. Imagine a bunch of dudes, who play games for a living. That would be my idea of a perfect job :)

2. The Billion Dollar gamble
The big corporate news was Oracle buying off SUN. We are yet to hear about Oracle's plans for Java, MySQL and OpenSolaris but opensource pundits can relax for now.

M$ is all set to release Windows7 RTM this July (release to manufactures/marketing) and will be hitting shelves in October. Consumers all over the world are already pissed at Microsoft's pricing model. Sometimes one wonders if they ever learnt anything from their "Vistaic" past. This release could make or break M$, and as our Cupertino buddies with their flashy new Snow Leopard also await with baited breath, us Linux folks will wait at the sidelines, cheering neither of them. Well Ok, I still have a soft spot for Mr Gates'  legendary company and Windows 7 RC was really impressive but paying 320 bucks (USD) for the ultimate is ludicrous. Well, times like these one remembers the perks we had of being a student. Sigh, someone send me a free copy.

And yeah, did I mention Apple frickin sold a million of their 3GS over the first weekend, and Steve Jobs is back as Mac shares rise in joy.

3. Smartphones, smartphones everywhere!
June was an interesting month as both Palm and Apple launched their new handset. Pre which dazzled everyone at CES in January with it's unique card interface, was launched in US by Sprint. I think Palm and Sprint made a couple of mistakes. One, they launched it just a few days before Apple's WWDC (where iPhone 3GS was unveiled). The pre's launch buzz, fizzed out even before it could start, by the news of the new iPhone 3GS.
Either they should have done it a month earlier, thereby locking AT&T haters and tech-purists into a 2year contract with Sprint, or a few weeks after WWDC, giving them enough time to beef up their marketing campaign to combat iPhone's somewhat new features.
But their failure to grab the moment didn't really result in bad sales. Pre managed to sell 300,000 units in a month, which is not bad for Palm's latest outing. Pre will keep Palm alive and hopefully spawn more handsets which would run their revolutionary new WebOS. 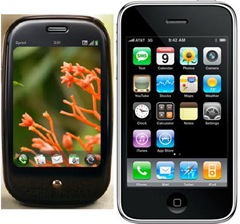 Meanwhile, apple rewrote record books by selling a million iPhone units in a weekend. It's a bit hard to understand how Apple manages to sell such an overpriced device in times like these. And AT&T should really thank it's stars (and wallet) for managing to keep the Apple exclusivity for another year.
Btw, iPhone 3GS is launching in Singapore, this friday. Singtel seems to be a lot nicer than AT&T and I am going to find out, real soon.

4. The buzz in the linux World
Well nothing exciting has happened lately. After the hugely impressive Fedora 10, Red Hat's Fedora 11 (not technically the 11th version) was a bit disappointing.

On a personal front, my Jaunty Jackelope (Ubuntu 9.04) boots in 20 seconds, but freezes every time I delete big files. Can't blame the folks at canonical. It's an ext4 bug and these are perks of being a beta tester. It's lately getting a bit frustrating now, so soon I will either format my "\home" as ext3 or move on to try Fedora 11 or the new mandriva. Hopefully a new post will follow soon.

Phew! Not bad for a post, after such a long time. I have no idea how many of you would still be reading this blog. But thanks anyways for all the support. My commute to work has increased by another 30 mins, and I think I just found an interesting way to kill the 1.5 hour long journey. Happy surfing.