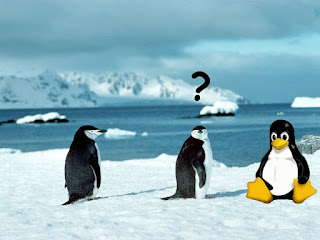 I haven't written in a while. Mostly because life after university is pretty hectic, especially in this current environment where every company is cutting headcount and looking at expense reduction in all possible ways. Everyone is multi-tasking and wearing different hats.

Anyways, a more important and interesting reason being, it's the perfect time of the year to experiment and look around. It's a season of new releases. Be it Ubuntu with 8.10, or Fedora's 10th release, Mandriva's shiny 2009 edition or the upcoming betas of OpenSuse and Vector Linux.

As an end-user, it's not hard to see the amount of effort and polishing that has went into these releases. And trust me, it's well worth revisiting them as this year it changes a lot of preconceived notions.

At first glance, it looks exactly like Hardy (8.04), just a bit darker and browner. It has a more refined installation compared to it's predecessors but nothing groundbreaking, which is sometimes great. You don't change a winning formula. It continues to offer the most stable Linux experience to beginners and experts alike. Great community support, features that just work out of the box and some new improvements. Ubuntu looks as good as always. My only quirk is the default theme. C'mon guys, It's high time to give it a face lift. Hopefully the next release Jaunty Jackalope (9.04) addresses that and gives it a well deserved makeover.

I started off with Red Hat years back. Resolving the package dependencies was always a big challenge but nevertheless exciting. I have since then moved onto Ubuntu and to be honest Synaptic (apt pakage manager) is probably the best pakage manager, closely matched by SUSE's Yast.

Fedora 10 blows you away from the start. It has a great installer as always, looks refreshing, has added tonnes of improvements in the networking front and with the inclusion of PackageKit (introduced in fedora9), looks like the perfect fedora desktop ever. 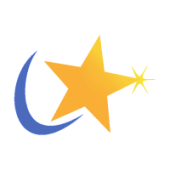 Just one word "Gorgeous". I installed the KDE 4.1.2 version of mandriva and it is simply beautiful. The mandriva control center, the package manager and the network manager are simply great to use. Having said that, I did encounter a couple of issues. Mostly in its implementation of pulse audio and some minor KDE4 bugs. Another worrying concern is the supposedly declining community.
Overall it's a great distro for everyone. Hope it garners more ardent followers which it really deserves.

It is still in beta2 as I write. I had a wonderful time with VL5.9 and found it to be the most optimized and resource effecient distro amongst all that we have mentioned so far in this post. It has a refreshingly new gui installer and some nice updates. I hope to revisit it again once the release candidate is out, later next year.

Still in beta, the new SUSE looks really promising. It probably has the most well integrated KDE4 experience and it's inclusion of mono 2.0 is a big thumbs up. Other distros are planning to follow suit in upcoming releases.
One complaint I have always had with OpenSUSE is that it hogs a lot of memory. So if you own a old piece of hardware, the kind I do, better give it a miss.


Now the important question. So many really good choices. Which one to chose? One thing I learnt from trying so many distros in such a short period of time is that it's not hard to switch. We are so familiar with KDE4 or Gnome that most of us generally don't care about what's really under the hood. We have the same familiar Gimp, VLC, OpenOffice, Firefox etc across all the Linux flavors.
More often it's just a personal choice, a way to express our ideas and thoughts, and most importantly the desire to support and encourage the community and the open-source movement. So the next time when you try a new distro, whatever it be, feel proud of being a part of it. Thanks for reading.

Feel free to leave comments on your favorite distro and any strong likes or dislikes. Would love to hear from you all.

It seems that Mandriva community is at the contrary healthy ;)
Happy metrics on community growth

Hi Fabrice, thanks for sharing the link. That's a really positive sign.

I agree that it's a personal choice. I just don't get it when others say that one is the best distro ever. oh well.
Nice post btw :)

And as the Mandriva community. I can say the activity is OK (at least here in Romania), but I can't ignore the frustration "in the air" about the decline of the Mandriva Company, and about the actions taken by the new CEO.

I know ... I know ... as a Mandriva user and community member I shouldn't say such negative things about it, but first time in 8 years I'm considering installing another Linux distribution for other than testing. If it will happen, I don't know yet, but in case Mandriva goes down (I hope it will not) Slackware is already downloaded.

Thanks Patkos. I meant 4.1.2 only. On Mandriva going down.. I hope the day never comes. It has always brought something fresh and new. I remember years back, Mandrake was amongst the first distro to have a nice graphical partition editor with drag and resize sliders in the installer itself.

grat post, I have tried Ubuntu, Suse and Mandrive (tha paid version) and always come back to Ubuntu, but the last, 8.10 pissed me off with a SATA issue...anyway, keep posting!