Apple's first fiscal quarter results set a world record for quarterly profits (not inflation adjusted) for public companies, according to S&P. Apple generated $18B in profits (+30% YoY), dwarfing the previous record set by Exxon Mobil, which earned $15.9B in the second quarter of 2012.


For a mature company of Apple's size, a 30% YoY growth is staggering, and it's their best performance since 2012.

This is a part of a special series I want to start writing about, covering interesting technology companies and services in Japan. Most of the information I gather are from friends and colleagues, since my Japanese reading abilities seriously limits me from trying out a lot of these services. Recently I learnt about a very interesting service called Yaki Niku Bu, which literally translates to a "Portion of Grilled Meat". Japanese YakiNiku is a popular cuisine, all over the world. And it's extremely popular among Japanese Women, a fact that I have always failed to understand. Steak and Grilled Meat 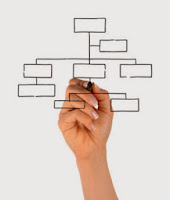 I was recently looking for a smarter way to draw my team's organizational chart. The longer, fancier way is to meticulously build the org tree using your favorite vector/office tool (like visio, powerpoint etc). It is perfectly doable for a smaller team. But what if your org has ~300 people.

I had a spreadsheet with Employee name, title and manager, and was looking for a programmatic way to automatically build the tree using the manager names. Visio has a way to import a csv into a org chart but since I don't have it and my coding being a bit rusty, I decided to look for an easier solution in Google docs.

Are you getting the new Nexus 5?


Google recently unveiled the much leaked Nexus 5 and there weren't a lot of surprises. The Google flagship phone comes with a 5' 1080p display, the latest snapdragon 800 processor, the excellent LG G2 chassis with a super thin bezel, and finally, a decent camera sensor with optical image stabilization.

Besides the top of the line hardware specs, it's also the first device with Google's latest and greatest Android 4.4 KitKat OS, which brings a plethora of new features, under the hood optimizations and UX fixes. And if all these weren't tempting enough, the attractive off contract unlocked prices $349 (16 GB) and $399 (32 GB), make it the best value smartphone on the market. It also performs respectably and in some benchmarks outperforms comparable models from Samsung and HTC sell for $250-$350 more.


Now, if you already have a latest generation phone, be it an HTC one, Samsung Galaxy S3/Note3 or even a MotoX, there is probably no reason to change right now. They are all great devices and you should be getting a 4.4 update in future. If you are impatient, look out for a Cyanogen mod of KitKat soon. Wait and hust get the Nexus6 next year. For the rest, preorder one right now, if you can still find it in your nearest play store :)

Email ThisBlogThis!Share to TwitterShare to FacebookShare to Pinterest
Labels: android


Smartphones are expensive and we like spending on cases and accessories that protect them, sometimes enhance them, and customizes them with each of our unique identity.

I personally have three for my Nexus 4, a plastic shell with a retractable stand to watch movies on the move, a soft shell rubbery case which is great to hold, and an armband for the occasional run. An ABI Research estimates that a smartphone owner will spend on an average $56.18 on accessories per device. Amazon's accessory cases and covers page contains a whopping 7.9 Million items.

ABI also estimates that smartphones drove $20 billion in aftermarket accessory revenues in 2012, and is expected to reach $38 billion by 2017. That's a Billion with a 'B' if you didn't notice.

Why are cases so popular?

Apple hosted its iPad centric event today in San Francisco, just over a month after its iPhone event. The invite had read "we still have a lot to cover", and as expected, Apple revealed a slew of products. Though mostly incremental, here is a run down of what's new.

iPhone 5c - A sleeper hit or a mispriced flop?

Tim Cook's big reveal on September 10th, left a lot of us with mixed feelings. Amidst all the rumours, analysts and tech enthusiasts had expected Apple to announce two new models of their next generation phones. One, a premium, top of the line flagship phone, priced similar to last years iphone 5. And then a lower tier model aimed at emerging markets and budget conscious consumers.

On September 10th Apple announced 5c, a not so cheap, "Unapologetically Plastic" and colorful avatar of iPhone. With a new hard shell case, it has almost similar internals as last years iPhone 5, and is priced just $100 lower with contract than the more expensive and better built 5s.

Apple was quick to point out that 5c was no means meant to be a cheaper alternative. In all its marketing promos, Apple highlights design, fun and style, and never once mentions prices and features. In fact, the 5c, unlocked starts at a steep $549.

Apple recently announced that they had a record opening weekend, selling 9 Million iPhones.
This is quite fascinating, since it's 80% higher than last year's launch (5 Million). A key driver for this incredible figure is the first time, simultaneous launch in China. In fact according to Asymco, if you include last year's first weekend sales in China, the growth is actually a more modest but still strong 28%.

I was curious what population of Apple's customer segment would be interested in a cheaper looking phone with last year's specs. Would $100 lure them away from the iPhone 5s, which has far better build quality, a 64bit next generation processor, better camera and most importantly, the revolutionary touch-id sensor. Rather than cannibalizing their own product, Apple's play seems to be more towards attracting Android and first time buyers into their own ecosystem, meanwhile maintaining their high profit margins. But have they priced it too high?

Apple did not reveal the split between the two models, however initial reports suggest 5s outselling the 5c 2:1. Due to the lack of public data, I asked Google Trends, what people were searching for. And right now, iPhone 5s trumps 5c by 2.5-3:1. It's obviously unscientific to relate sales volumes with search queries and it needs to be taken with caution. However, it does reflect consumer interests around these two products.

Regardless of how this plays out, Apple is all set to have another record quarter. They will sell millions of new iPhones. Apple, recently in a regulatory filing, also said that its sales and gross margin for the quarter ending this month will be at the high end of its forecast of $34-$37 billion in revenue and gross margin of 36 to 37 percent. As a tech enthusiast, I am just excited to see what they have in store for us in their big reveal this October 22. New iPads, macbook pros, and maybe something magical that you can wear on your wrist.

Linux Tip: How to Transfer Files from Ubuntu to Android

File transfers have been notoriously painful between Linux and Android. While it works seamlessly on Windows, and on Mac you can use the Android File Transfer App, let me show you how to get his done on Linux. There are many ways to achieve it, but I'll use gMTP, which gives you a nifty little UI to manage file transfers. Later on, I'll also list other alternatives, in case this fails. So let's begin.